The tricky tale of Atmanirbhar in Oil Palm

India has had a long experience with cash crops. These include sugarcane, rubber, cashew, tea and coffee, coconut, etc., all grown with the intention of increasing the farmer’s income. The most recent one, oil palm, has a certain national fervour attached to it – it is to help the nation minimise its foreign currency expenditure. This makes oil palm cultivation a suitable fit into the long journey of India being Atmanirbhar (read self-reliant)

India is the largest palm oil (Elaeis guineensis) importer today, spending about $10 billion on it in 2015, even more than it spends on importing gold. Of the total 15 million tonnes of import, about 9 million tonnes (or nearly 60 percent) is of palm oils. Over 96% of its palm oil is imported from Indonesia and Malaysia. The imports have risen at an average of 12% from 2005-06 to 2105-16. Though the Indian government started Oil Palm Development Programme in the early 1990s, its development is still sluggish.

The government has encouraged farmers to increase the area under cultivation of oilseeds to reduce dependence on imported palm oil. The Union cabinet in April 2017, decided to remove all land ceiling (of 25 hectares (ha)) for the cultivation of palm oil for subsidies. For the corporates, the benefits of 100% FDI was an added incentive to lure big-time palm oil giants.

India produces a ‘dismal’ 0.08 million tonnes of oil palm annually, which only meets 30% of its domestic demand. Under the larger vision of Atmanirbhar, the Department of Oil Palm Research (DOPR) has envisioned one million ha under oil palm in its VISION 2030 document. The vision seems to be good considering the various applications of oil palm (over vegetable oils) and becoming self-reliant in the longer run. But the document misses out on many untouched grey areas. Not much has been talked about the irrigation necessary, and the high possibility of water-stress; as each palm requires more than 250 litres per day for a good harvest, with a recommended number of 56 palms per acre.

Under the National Mission on Oilseeds and Oil Palm (NMOOP), the cabinet made the provision that:

This may also sound like the death knell of all our commons that can be conveniently listed under this category and handed over to the corporate sector. Rural and tribal people who depend on the commons for a multitude of things essential for their livelihood will be increasingly hemmed in by plantations, adding to the already high level of social unrest.

In the handful of states cultivating oil palm (namely Andhra Pradesh, Tamil Nadu, Odisha, Telangana, and North Eastern states), there have been some unique features and issues.

Need to relook into the policies

India has brought nearly 54.7% of its total land under the agricultural area, making it the country with the highest net cropped area. With only 4.9% of the entire geographic area under protected area status, it is not ecologically feasible to target these protected areas for further replacement with agriculture. Many threatened wildlife is also found outside these protected areas, in both government- and community-owned secondary forest, and grasslands.

It should be clear that it is impossible that India’s vegetable oil problem will be solved just by converting the natural areas, without having undesired consequences to India’s ecological and socioeconomic stability.

Unsustainable oil palm expansion with short-term economic goals will lead to both biodiversity and social issues in India. There is a need for an integrative framework involving Scientific research, Social measures, and Political actions (SSP framework).

Therefore, the SSP framework would enable India to achieve sustainable oil palm production. Adding to this the policymakers would ensure the protection of high conservation value areas and rights of local and indigenous communities.

The aggressive policy push for going ‘Atmanirbhar in oil palm’ from the policymakers is quite evident and welcoming on many facets. The crop is a highly remunerative crop that has the potential to provide the highest return on investment per acre compared to other commercial crops. This will boost the flagship program of ‘doubling farmers’ income’.

But to promote it through means that are so obviously detrimental to the already critical natural resources – in this case, water – is courting disaster. With a simultaneous dilution of the Forest Rights Act, the questionable and sometimes unlawful use of the Compensatory Afforestation Fund (CAMPA), it seems quite obvious that with palm oil expansion we are blazing a trail to a parched future.

There has been little sustained effort to promote the indigenous oils and oilseeds, nor their collection and proper processing. In many parts of rural India, the switch to refined and industry-produced oils has come not because they are better but because local oils have become more difficult to produce as they depend on technologies that are seen as ‘time-consuming’ in today’s circumstances. Therefore the question to be answered is that ‘Why can we not maintain the variety of edible oils that we have in India and elsewhere, and experience the flavors and tastes of the diversity?’. 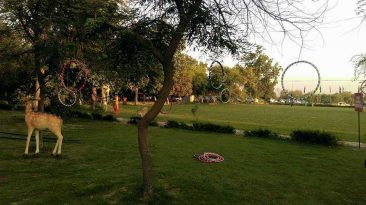 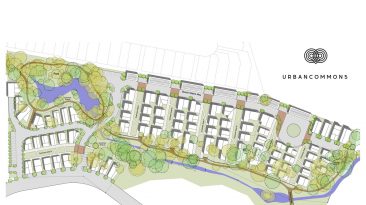 The word commons evokes the imagery of a rural landscape — a village with ponds and grazing lands surrounded by forests. Though commons are equally...