The Soybean Processors Association of India (SOPA), popularly known as SOPA, is only national level body representing the soybean processors, farmers, exporters and brokers in India working toward the aim of strengthen soybeans as a viable crop. The main objective of SOPA is to encourage the development and promotion of Soy-based products in the interest of the farmers of as well as the processors. SOPA was established in 1979 with its headquarters at Indore in the state Madhya Pradesh, the main Soybean-growing region of India. Initially, Five-six plants organised itself to form a organisation which look it’s interest with Government.  SOPA is represented on all the important committees, Govt. bodies, Departments and and on various Ministerial advisory committees like Commerce, Foreign Trade, Agriculture, and Foods etc.

SOPA has established a linkage with farmers of India in promoting application of scientific package & practices for Soybean development.

Through its contract-farming programme it provides quality certified seeds to the farmers under its Soybean Development Programme. SOPA also provides extension material for supporting the soybean development throughout the country. SOPA also organizes intensive training programmes & demonstrations for the farmers as well as for the Agriculture graduates.

The R&D center at SOPA exercises strict control over quality standards of soybean & Soya products from the farmer’s field to the export point. The laboratory is well equipped & managed by qualified research personnel.

SOPA also sponsors Trade delegations to promote export of Soy Meal & Soy based products to countries which are potential markets. It also invites delegations of importers to provide an interactive platform to the members & the buyers to discuss business prospects.

SOPA settles disputes, which arise between two parties related to soy trade. SOPA has got its own panel of arbitrators who are people with knowledge & experience of the soy industry. The cases are registered with SOPA & dates are fixed for hearing as & when possible. The arbitrator decides the cases on the basis of written submissions & presentation at the time of hearing.

SOPA also focus on Quality Standardization of Indian Soybean Products marketed both in domestic and International markets to ensure reliable consistent and uniform Quality and create brand equity in both the markets.

1) Association is a group of institution. Nobel Laureate Douglas North had said ‘Institutions are the humanly devised constraints that structure, political, economical and social interactions’. Institution need some power to initially SOPA has authority for products which are exporting. That gave SOPA some legitimacy and influence among processor and farmers.

2) Institution without norms and rule is a paper institution. “Norms are behaviour and attitudes that are typical of or approved within a group. Generally speaking, anything that most members of a group consider to be normal, right, correct or appropriate is a norm”.  Decline of SOPA’s clout for representation of Oilseed industry can be attributes to its inability to form consensus among industrialist.

3) Financial viability of institution is first requirement of success of any institution. Institution like SOPA needs capital from its associate members to run its business. SOPA is finding difficult to manage its balance sheet after its member pulling out to invest in collective action. Currently, their income source has reduced to international conference, subsidiary from government, seed lab, and seed production. On an estimate it collects 40 lakhs from different sources. Out of total income, they are spending on infrastructure, salary of employee and various maintenance charges.

4) Institution member do activities that are detrimental to their own interest. They must realise interest of institution lies in interest of associations. Often, Institution failed to understand their power to negotiate and lobby possible only when they work in tandem and collective action always produced better result. Example is performance of SOPA during 80’s and 90’s when it has active member up to 40 and when it was voice of oil processing industry but now its authority among industries has declines.

5) To build any institution founding member need to invest in strategic thinking, time, and more important is network building and it is a continuous process.

6) Institution also depends on larger framework of society. SOPA was established in a city which is known for its entrepreneurial spirit. It has established textiles, steel which produced a generation of businessman. SOPA was also formed by industrialist of same region. It can be argued that region and atmosphere also play critical role in establishment of Institution. Indore a city always provided a safe place for business to thrive with its negligible crime record and friendly

7) Impact of institution on society and vice versa. Soybean was introduced in Malwa region in 60’s decade after which it has changed economic condition of farmers. Production oil and DOC and its export in foreign country made this region prosperous. SOPA also played big role in mobilizing farmers and introduction of new technology in seed production. Networking brought farmers and industrialist at one platform which made Indore a Soybean capital. 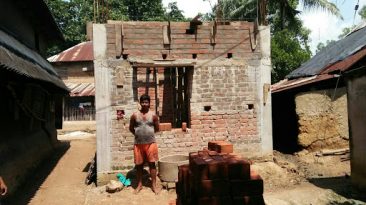 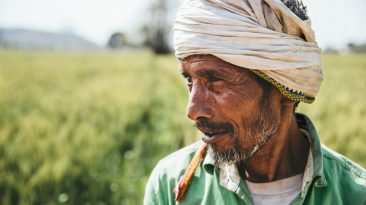 In the past few decades, Indian agriculture has been webbed in crisis and is facing the complex challenge of reversing the deceleration in...